This is the one.  The one that got me totally hooked.

I'm 5 years old and I'm sitting on the coach on the way to Blackpool with my aunties Bingo Club. (If you grew up in England you know the kind of outings they were. There would be a crate of Black and Tan on the coach for the adults- Vimto for the kiddies - a sing-a-long would start off at some point and you can probably still remember those prickly, orange seats that dug into your face if you tried to sleep). The kids are each given 50p to spend ("Don't spend it all at once!"). We stop at a service station halfway ...and there it is in the newsagents. Thus ensues the purchase of my very first, original, American comic. Mind blown. I'd seen Batman on TV .... but it was NOTHING like this.  He's dying on the cover for heaven's sake! Holy poisoned lipstick, Batman! 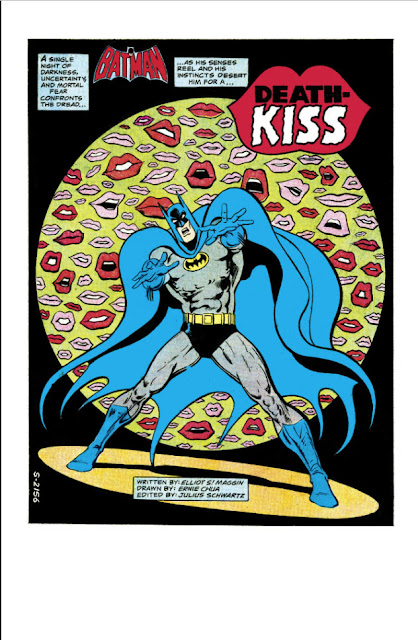 The story telling in this comic is impeccable. A real master class and it still looks good to this day. Yes - I've still got it. Three times now, in fact. The desecrated original, a copy I bought a few years back and now digitally. They all compare favourably with each other but it's the physical copy that still shines. Probably down to that slight vinegary scent that exudes from the pages - perhaps down to those absolutely fascinating and hypnotic advertisements sprinkled throughout the issue ; Hostess Cup Cakes, Big Jim's P.A.C.K., Treasury Editions,those DC action figures and, of course, that Evel Knievel ad on the back page. All incredibly exotic and unreachable to me as a young lad from Wolverhampton. I can not over-estimate how much this comic influenced my life (to the point that my first character I've co-created for DC is called "The Kiss of Death")!  I don't think I realised at that point that I would be able to pursue it as a career (that would come the following year) but it certainly solidified the direction of my interests

- and just seeing that cover STILL gives me butterflies in the stomach! 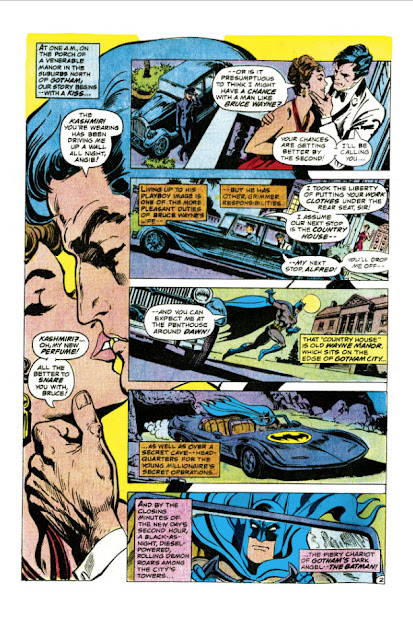 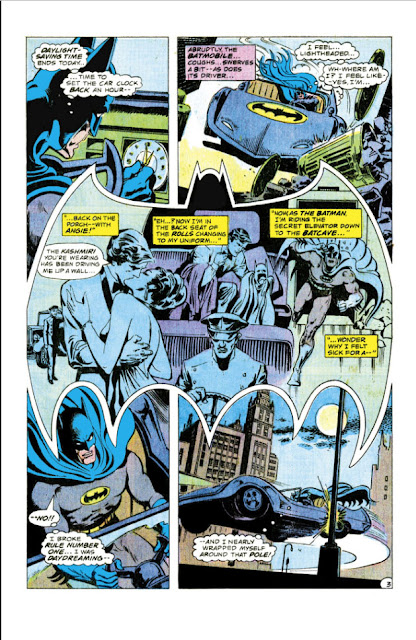