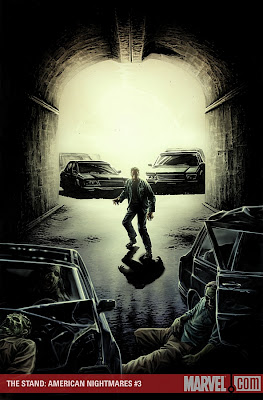 The most harrowing chapter of Stephen King's horror epic yet! When Larry Underwood and his new companion Rita Blakemoor decide to escape from New York, they head for the Lincoln Tunnel...little knowing that they are embarking on a nightmare journey that will unleash their deepest, darkest fears and demons, both real and imagined. Meanwhile, Harold and Frannie set off on their own great adventure--on mopeds!--and Stu Redman meets another survivor. But is he friend or foe?