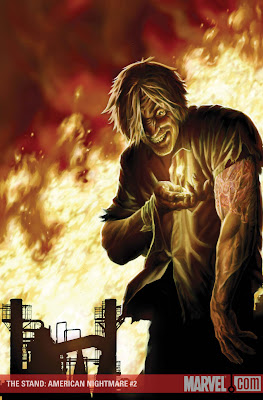 The dead are still dead and the living are still finding their way through this horribly altered landscape of America. Thus, it's a perfect time to-bring on the bad guys!
Randall Flagg performs his first act of magic and begins his cross country journey in a souped-up Buick. And then, there's the strangest addition to the cast yet...Donald Merwin Elbert, the Trashcan Man, a pyromaniac who suddenly has no one to curb his unhealthy obsession with blowing things up. All this plus Rita suggests to Larry Underwood that they should start making their way out of New York, perhaps via...the Lincoln Tunnel!
And you know what that means. 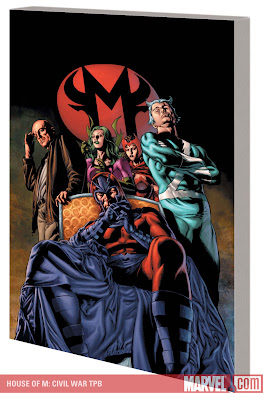 The biggest House of M story is finally revealed: how did Magneto take over the world? He began life as a penniless refugee, but rose to conquer the entire planet...and now Christos N. Gage (Thunderbolts, House of M: Avengers) and Andrea Di Vito (Annihilation) show you how the Master of Magnetism did it! Witness Magneto's first battle with the Sentinels...the tragic end of his marriage...and his fight against Apocalypse for leadership of all mutants! The secret history of the House of M unfolds here!