IT'S ALL GOING ON! 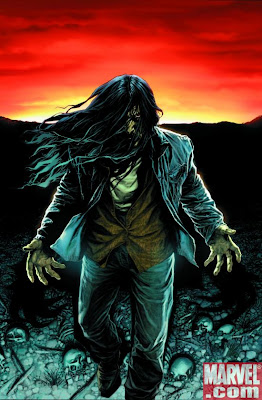 Wednesday 11th sees the eagerly awaited release of the first hardback volume of Marvel's adaptation of Stephen King's The Stand. You can pick this up at your local comic shop and get the Lee Bermejo cover or a widescreen cover by myself:

ITEM
On that same day - in fact while you're at the shop picking up your copy of the hardback - you can also purchase the first chapter in volume two : The Stand: American Nightmares. 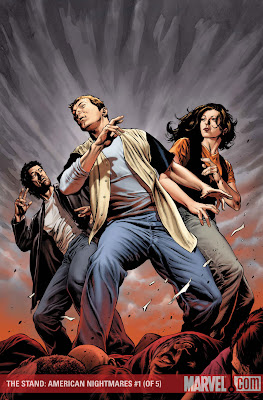 In fact, if youre in the vacinity of 14743 North Dale Mabry Hwy, Tampa, FL on the Wednesday evening you can stop by for Beer and Comics at Heroes Haven ( the comic shop formerly known as WonderWater) and get your copies signed by me!

Alternatively, Roberto Aguirre-Sacasa, will be signing copies at the New York branch of Forbidden Planet. 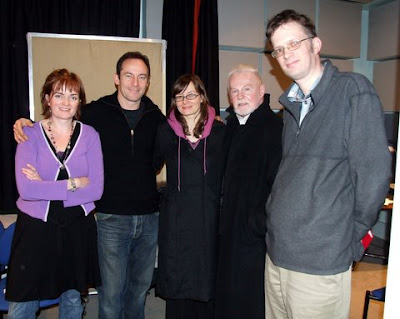 In other news... one of the coolest guys I know, Mr Mike Maddox, has not only written a drama for BBC Radio's Science Fiction season he's also managed to attract a stellar cast to perform his play. It's entitled Mayflies and features, Sir, Derek Jacobi ( Cadfael, Dr Who ), Jason Isaacs ( Lucius Malfoy, The State Within), Catherine McCormack ( Braveheart, 28 Weeks Later) and Danny Webb ( Numerous TV dramas including Doctor Who).

In the photo that's Mike and his wonderful wife, Phillipa, posing with his cast

You can listen to it at 2.15pm GMT , Friday 13th March, on Radio 4 . It's usually available to listen to for the following 7 days on the Radio 4 website.